The best choice for everyone looking for a simple yet sober G-Shock with plenty of features. 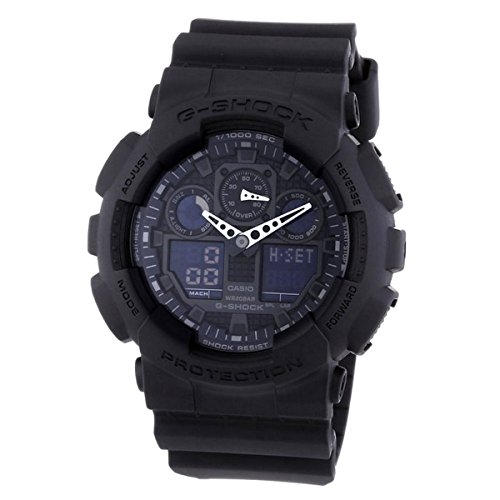 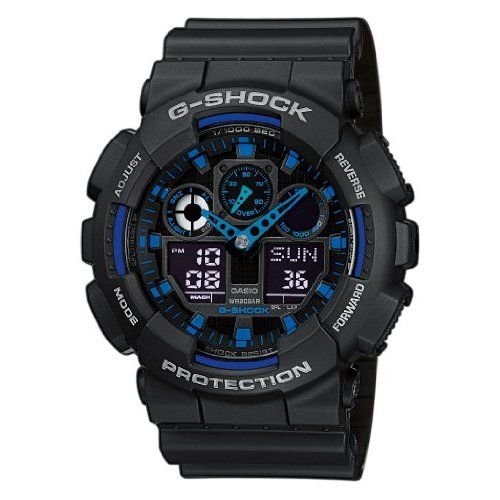 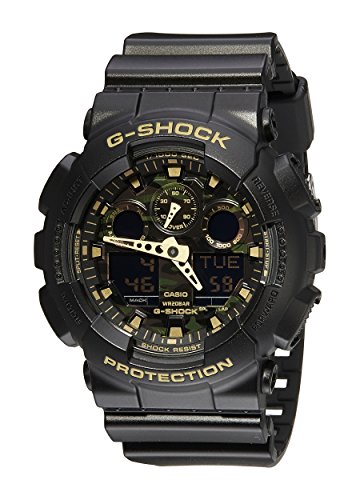 I love this watch. A friend of mine, who actually is in the Army, got one like this on my recommendation and loves it.

Had the watch for several months now…flawless and durable. Time has been accurate. No complaints. Good watch.

The G-Shock GA100 is one very affordable watch which comes with a great design and a lot of useful features for the active outdoor person. Its main strong point is the value for the money, considering that on this price point you wouldn’t expect much from other brands. Based on the thousands of positive reviews that it received over time, I consider it is one of those watches that meet all expectations. Are you an active person who requires a tough yet stealthy watch that resists all of the bad treatments implied by an active life and also measures speed? Then you might be surprised what this G-Shock has to offer. The design is pretty basic in order to maintain a professional feel and offer great ease of use, coming with an all-black casing which creates a contrast with the white index hands and indicators. The display is very fragmented since it is an analog-digital one featuring a combination of physical indicators and two digital displays; so on the back of the display, you can see the three analog circular indicators which are showing from left to right the snooze alarms / alarms, speed and lap number. The two small digital displays can be configured for multiple functions like the stopwatch, world time, date, and so on, using the four configuration buttons on the side of the case. There is a whole lot more information on how to configure the displays as you prefer in the user’s manual which can be found on Casio’s website.

With the innovative anti-magnetic structure developed by Casio, you can be confident that small and medium exposure to magnetic powers won’t have a negative impact on your G-Shock as on most other watches. The shock and 200-meter water resistance will give you the freedom that you deserve since you will not have to worry about the eventuality of breakage when the watch falls from your wrist or who knows, has to resist the pressure from deep down the water. Besides the appearance, there is a world of technical specifications which waits to be discovered on this G-Shock. Some of the specs which shine are the world time which is a big thing for most business travelers and tourists alike since makes 29 different time zones available at the press of a button, the function of being able to set another time zone besides the main one, and the stopwatch.

Still, there are some unpleasant aspects which are more or less annoying. The illumination system is based on a poor LED light which only makes the two digital displays visible, not the index hands; so you will not be able to read the hour in very dark environments. Also, the alarms are loud enough for most situations but not as loud as I expected.

All of the features of the Casio G-Shock GA100 are not included with the sole intent to impress customers like the visible tendency on some watch manufacturers to wave blingy yet useless functions in the eyes of their customers, but actually have a great role in giving you the freedoms and contentment expected. This is one of the reasons why Casio is such a loved and respected company throughout the world; because they only include the useful stuff without making any compromises on the design part and the great price is in their ideology. I consider that the experience a watch offers over time is much more important than a list of fancy specifications, and I can strongly sustain that the experience with the GA100 cannot be matched by any of the budget watches available now on the market. This is why I think that the great experience combined with the price tag makes the G-Shock GA100 one of those watches with which you can’t go wrong.

See prices and reviews on Amazon

My thoughts on the new G-Shock i bought.

Check out these Amazon offers: